FREE Shipping for Orders over $150.00 automatically applied at Checkout

Join Waitlist We will inform you when the product arrives in stock. Please leave your valid email address below.

Get an email alert when the Product is Back in Stock

THE WORLD’S MOST BEAUTIFUL JIGSAW PUZZLES – IMAGES OF AUSTRALIA

The Great Ocean Road traces one of the most spectacular coastlines in the world.  The Southern Ocean has been pounding relentlessly on this limestone coast for millennia, carving out spectacular shapes and beautiful beaches.  The Twelve Apostles, part of Port Campbell National Park, is the original name for a series of sea stacks that managed to withstand the assault of the ocean for varying periods of time.  In recent years, more have crumbled and fallen, further diminishing their number.  This entire coastline is constantly changing and even the London Bridge formation came falling down.  This image was shot from a western angle, less often seen by most people, but I believe it gives a great vista of this particular area.  Here, sunset casts a mysterious, amber glow across the landscape and speaks to me of where our sunburnt country meets the jewelled sea.

Burnished by the glow of the setting sun, half of the famous Twelve Apostles loom up out of an uncommonly placid sea.  Although they have withstood centuries of pounding waves, these huge limestone pillars, like the towering cliffs behind them, are being slowly whittled away.  In fact , only ten of the original twelve now remain standing, their two brothers having been martyred at the hands of water and time.  On this particular day, I could see, far below, fairy penguins making their way from the ocean back to their colonies at the base of the cliffs and I was pleased that I had stuck around for the day’s last show. 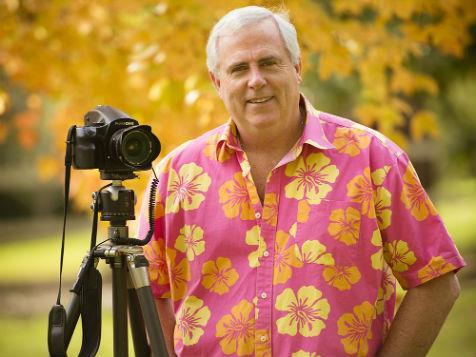 The high quality range of Jigsaw Puzzles presents the classic beauty of the Australian Landscapes seen through the lens of Australian born Photographer Ken Duncan –  capturing the rich ochre reds of the outback, the turquoise blue of the sea and shadowed greens of the rainforest.  Ken is one of the world’s leading exponents of panoramic landscape photography and spends much of his life travelling to remote and exotic locations.

Ken says “To really know a region you have to spend time absorbing its mood until you begin to relate to its mysterious and ancient rhythms.  I often have to return to a location again and again until I’ve captured the true spirit of the place.  In that time spent waiting for the right moment, I have the opportunity to truly connect with the land.  It’s amazing what you can learn about a place by just sitting in silence there.”

We hope you enjoy “Images of Australia” – a spectacular range of Jigsaw Puzzles brought to you by Ken Duncan and Crown & Andrews.  When complete, this puzzle is ideal for framing.

There are no reviews yet.

Join Waitlist We will inform you when the product arrives in stock. Please leave your valid email address below.